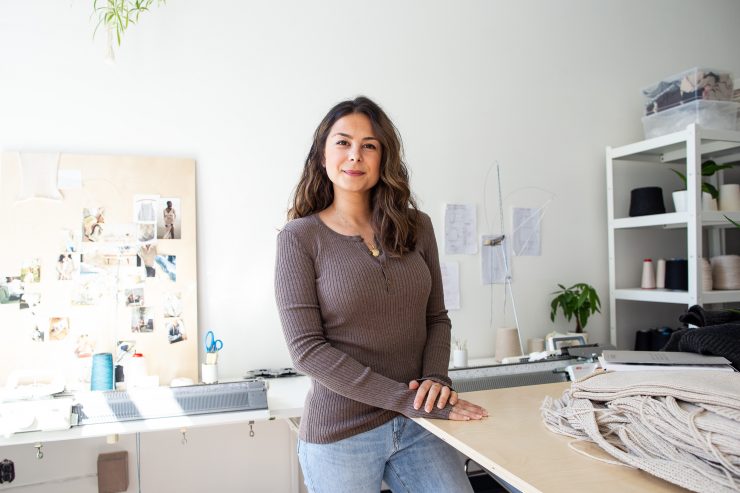 In 2007 UK journalist Kate Fletcher coined the term ‘slow fashion’ in her Ecologist magazine article of the same name. Some 15 years later, the idea of slow fashion continues to gain momentum, as Carolyn Ferreira grows her luxury knitwear brand right here in Victoria BC. 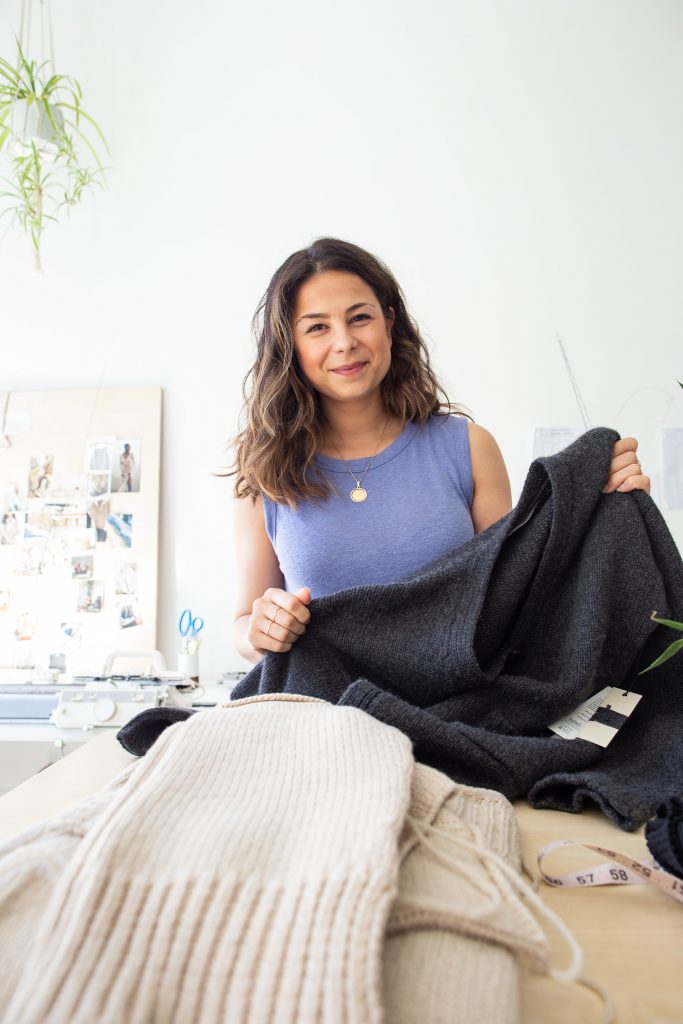 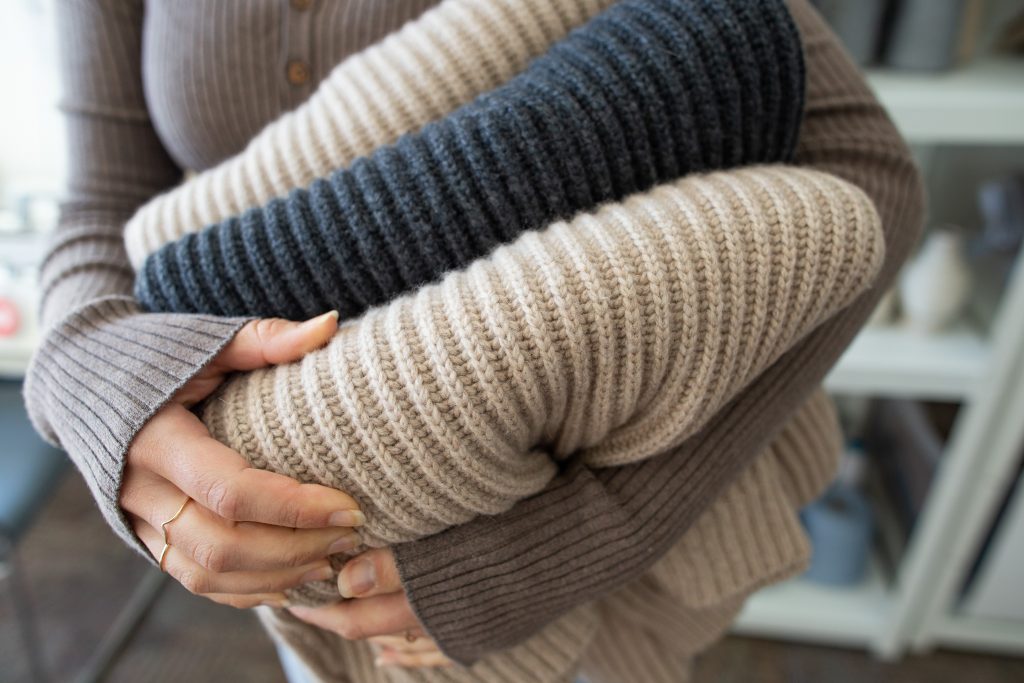 Originally from Toronto where she began working for Canadian retailers in management and product design, Carolyn moved out west to teach fashion and to develop her brand. She is the designer and creator of CF Studio,

She also worked in the Australian fashion industry, on the marketing and styling side of things, but quickly realized that she wanted to design pieces herself and have more creative control. So she studied her craft at F.I.T. in New York and then went on to learn about production and supply in Italy where she also developed relationships & contacts in the knitwear industry.

Now with a new workspace at the Rockslide Studios, she has created a line of knitwear produced with the highest certified sustainable yarns. With a warm palette of neutral tones and a mixture of light weight cotton, cashmere and merino wools, the designs are perfect for our west coast climate. 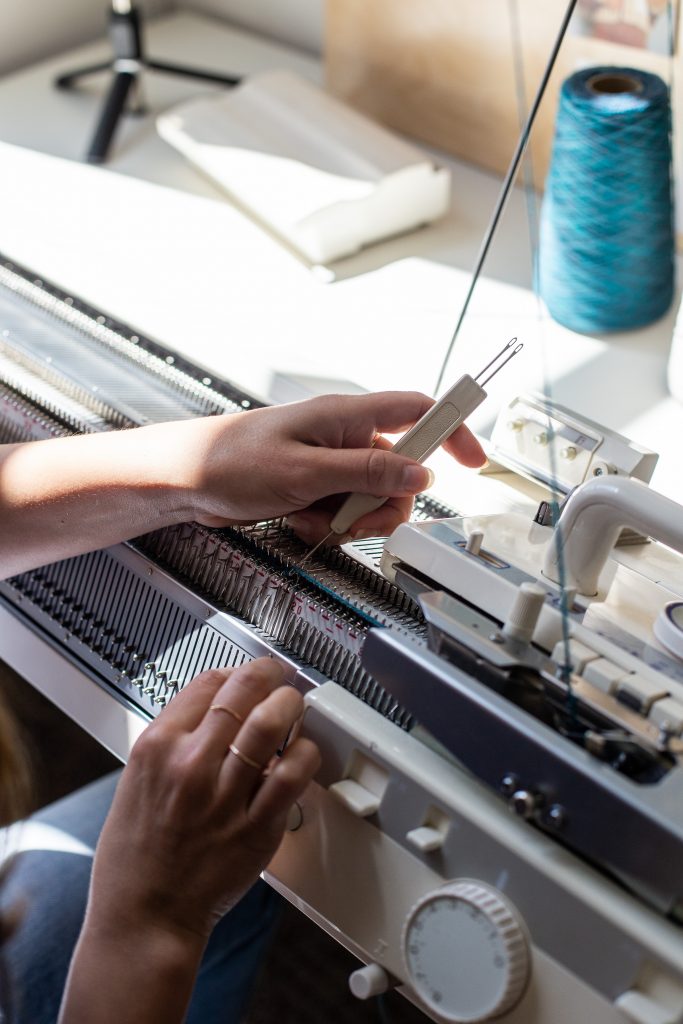 Carolyn says that “having her own studio space has always been a dream. The transition to having a working studio space has been such a great milestone. Rockslide Studios has been wonderful because it’s filled with local makers and artists and does a wonderful job showcasing their talent and being a place where we can all mingle and discover one another’s specialties”.

While Carolyn designs all the pieces, some of the yarns come from Italy and certain pieces are produced there as well. She hopes that in the future she will be able to source yarns and make everything here. She says “looking for Canadian production is my long term goal”. 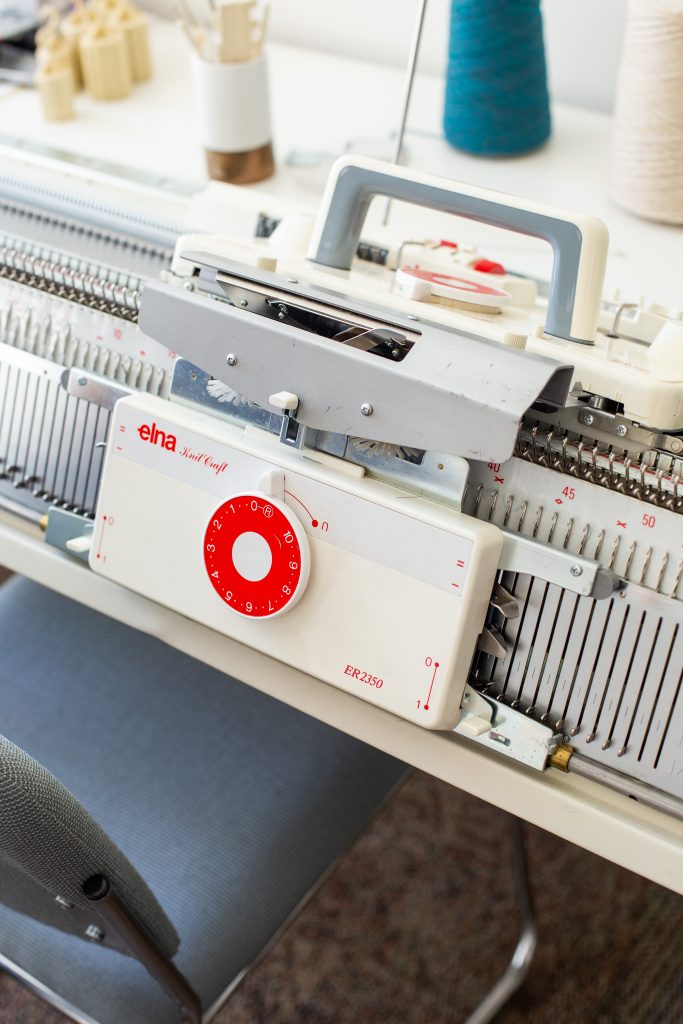 Working with two electronic machines in her studio, she says there’s not a lot of people in her age group that use them, so when she’s looking for advice about the machines she turns to her knitting machine fairy godmother Elaine, who is able to work out the kinks when need be. She would also love to pass on her knowledge of the process to a new generation of makers.

Unlike some fashion brands that depend on changing up their collections annually, Carolyn wants to do away with this “fast Fashion” concept and produce timeless items that her customers will have for years to come.

Often luxury and sustainability don’t go together, but after years of learning about the process of cashmere production & using only those yarns that meet the highest regulations, she has been able to create a brand that is as sustainable as it is beautiful. She believes in quality over quantity and buying clothing that is knit to last. 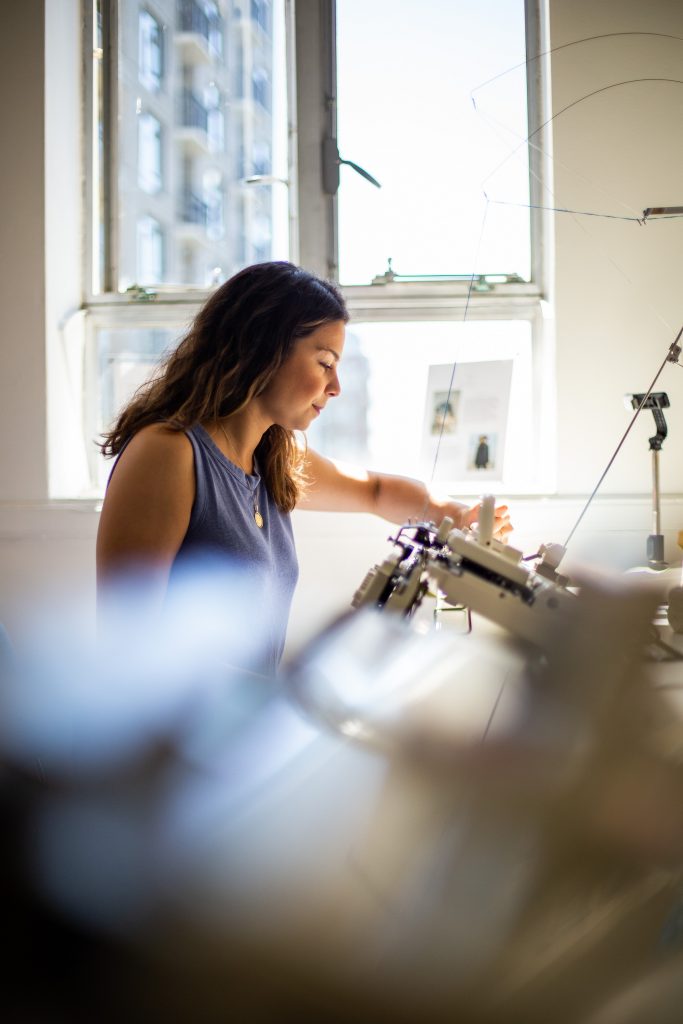 When she’s not designing and knitting in her studio, Carolyn enjoys the Cook Street village or Dallas Road with her trusty studio pup Bailey. She is also a vegan and a favourite place to eat is Be Love on Blanshard.

Carolyn’s knits are available in her online shop and also at Salt Shop on Fort & Bernstein & Gold on Yates.

A few years back, I was faced with a choice to move to Vancouver or stay in Victoria. After weighing out all the options, I just couldn’t leave. Victoria is so unique & full to the brim with wonderful places and creative people. Here are all the beautiful reasons that kept me in this little city.